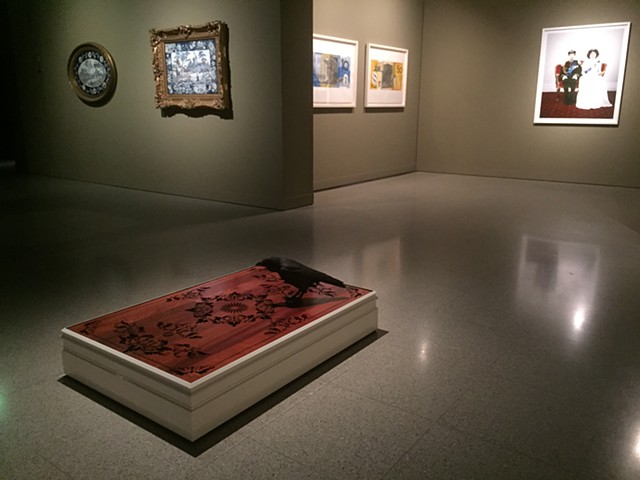 Post-hybrid: re-imagining the Australian self, features works from public and private Western Australian art collections, including the Curtin University Art Collection. The exhibition explores the ways in which colonisation, Aboriginal culture and migration have contributed to an ever-evolving sense of contemporary Australian identity. In this year of commemoration when we consider the 100th Anniversary of the Gallipoli landing and the formation of the ANZACs, conversations around who we are as Australians will, no doubt, abound. It seems timely to add to this discussion, views that have been marginalised or excluded from the frameworks within which Australian national identity has historically been constructed.

Accepting that ‘Nations’ are not fixed or static, but function within a constant process of negotiation and change (within which there are often uneven distributions of power, representation and agency), Post-hybrid offers perspectives on place and self that reflect the complexity of our cultural fabric.

(foreground) Before The Dawn 2014 Abdul-Rahman Abdullah