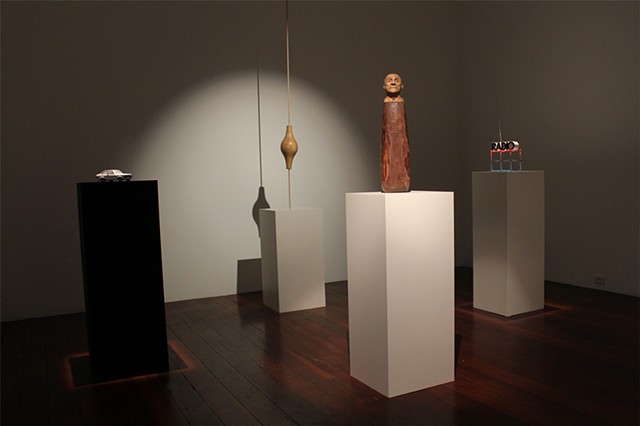 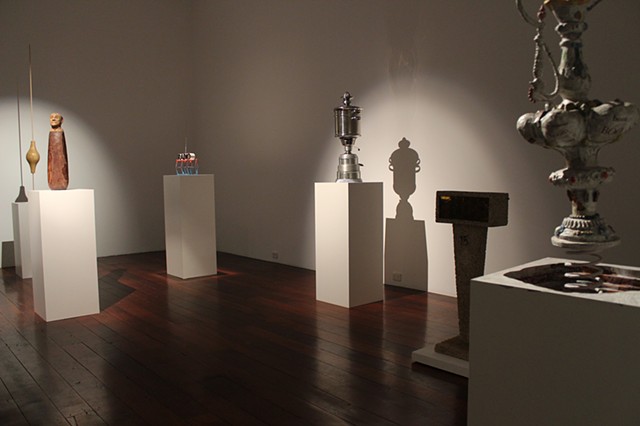 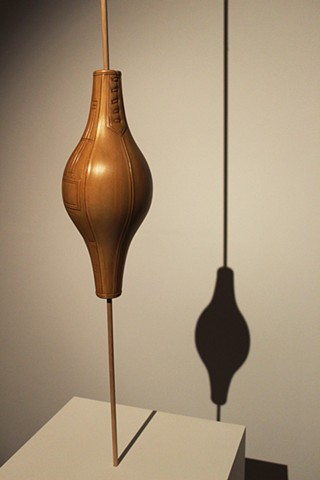 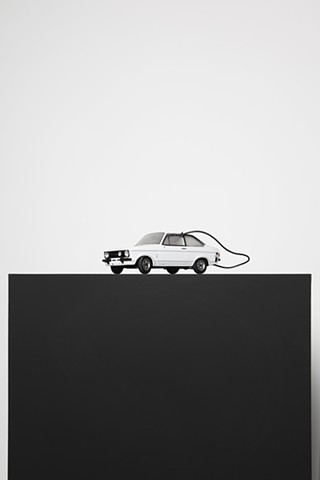 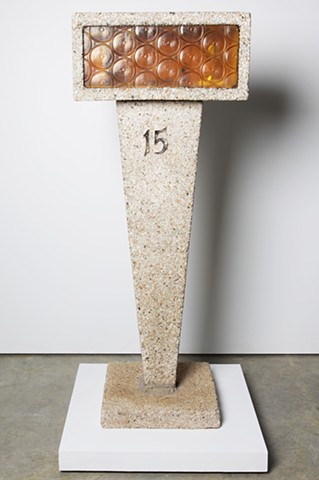 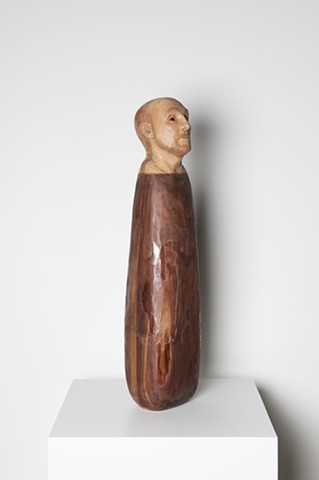 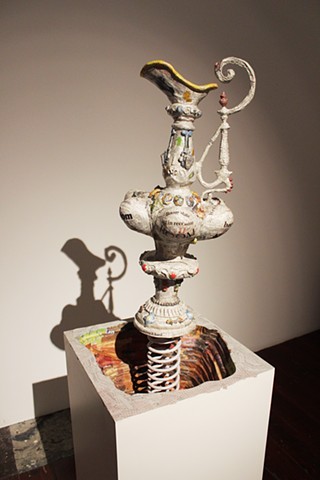 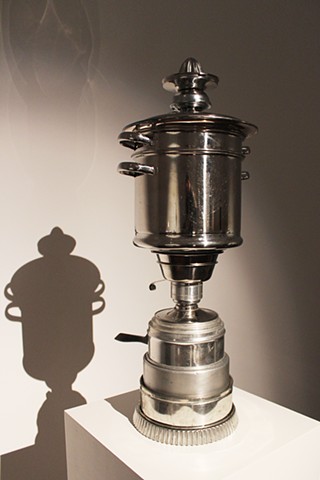 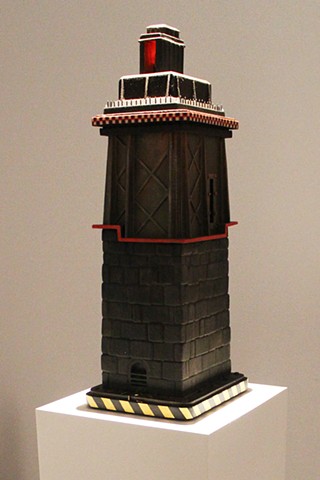 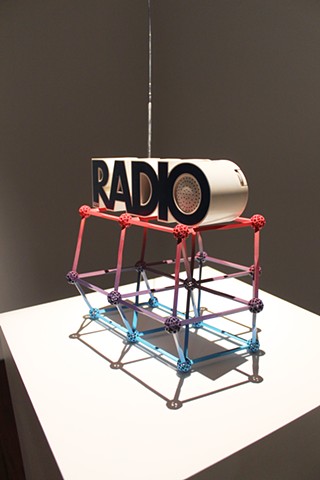 Tropaeum, the Latin word for a monument erected to commemorate victory, has, over time, morphed into our modern word ‘trophy’. This exhibition engages with the idea of the trophy as a domestic monument. Through a series of new sculptural works, the artists in this exhibition tackle the celebration of victory and the flamboyant declaration of supremacy implied by the trophy, undercutting this sense of grandiosity with flashes of sly wit and kitsch materiality.