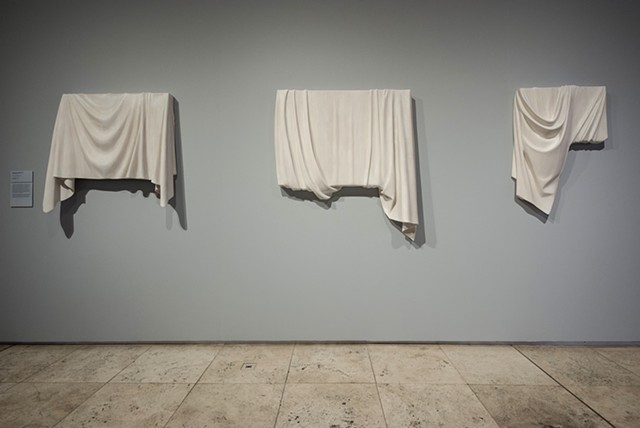 In 1818 Joseph Lycett was commissioned by Captain James Wallis to document the recently established penal colony of Newcastle in the area of Mulubinba. Already a twice convicted forger, Lycett never paused in his trade, delivering a series of beautiful panoramic views that served to blanket the proceeds of invasion, displacement and occupation beneath idyllic lies. Wrapped in the picturesque ideals of Engand, Lycett understood his audience as the overseers of the Empire, eager to rationalise the brutal realities of massive theft and genocide as necessary symptoms of ‘progress’ – nothing to write home about. Through Lycett, Wallis and Macquaire to the present day government those lies have continued, selling a tale of the pioneer spirit that built the lucky country, still seeking approval from the Anglosphere.

In wrapping Lycetts works I wanted to bury those lies beneath another. A mimicry in imported wood and paint, The men who sold lies provides the outlines of a distorted history reified as contemporary artefacts – immutable, bandaged and hidden in full view. History can’t be changed, but the dishonesty of our national foundations can be recognised.