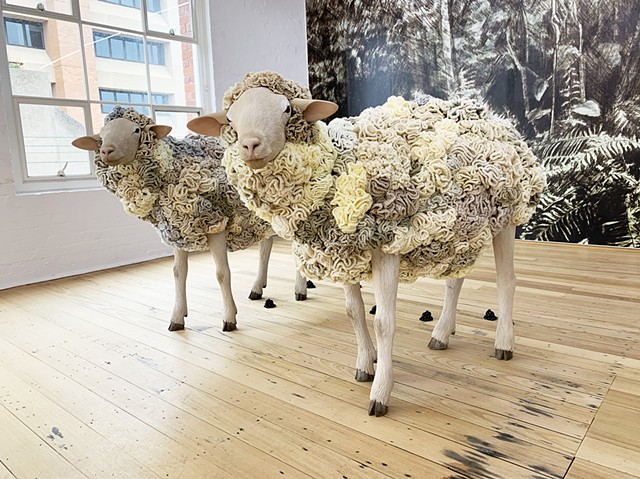 Pair explores the idea of the animal fugitive, those that slip through the agricultural system as neither pets or livestock, left to adapt and grow old. Based on a pair of resident sheep whose lives are focused on both seeking out and fleeing human interaction as they become unkempt masses of wool. Traumatised by their survival in an environment predicated on their demise, the sheep have become neurotic characters in a darkly psychological landscape. Pair reimagines their interactions with our children, the curiosity that gravitates each towards the other marked by panic once an invisible threshold is crossed. Between the sheep and the children there is a vividly mutual recognition of the monstrous other that mirrors reactionary behaviours within broader human binaries.

During the creation of this work I worked with Jill Paynter O'Meehan and Holly O'Meehan, a mother/daughter duo who work collaboratively as Golden Wattle Hookers, to create the fleece element of the work.