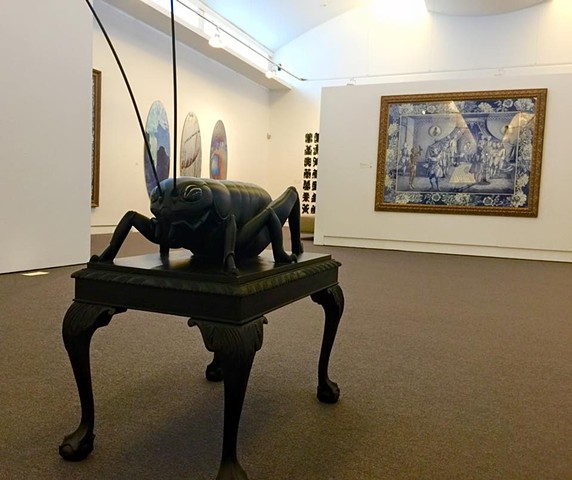 Windows to the sacred
< previous next >

Windows to the Sacred explores the existence of a universe beyond our world. Curator, Robert Buratti, one of Australia’s leading experts in the area of esoteric art, says ‘Esoteric art is essentially focused on man’s search for hidden knowledge of himself and his place in the universe.’ Challenging mainstream religion and pursuing alternative forms of spiritual practice, many notable artists are represented in this provocative exhibition including English occultist Aleister Crowley, once named ‘The Wickedest Man Alive’. There are also key works from Rosaleen Norton, the infamous ‘witch of Kings Cross’, Austin Osman Spare, British artist devoted to the supernatural, as well as major Australian artists such as Danie Mellor and James Gleeson whose works are re-examined in the context of their esoteric influences.