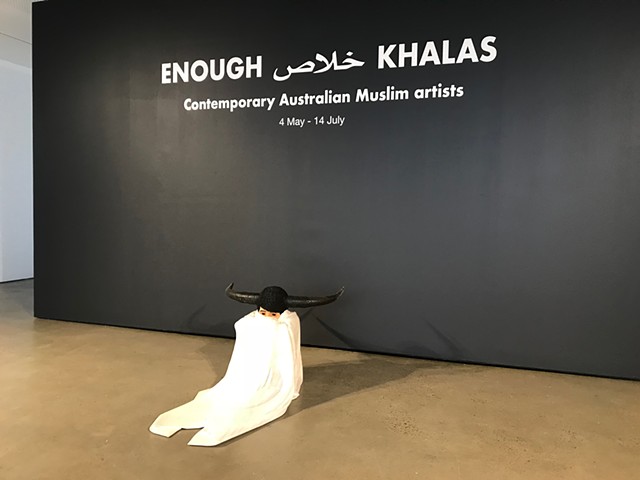 The word khalas in Arabic has a myriad of definitions including: ‘stop’ ‘finish’, ‘that’s all’, ‘it’s fine’ and ‘enough!’ Khalas is an informal word verbally exchanged between people but not present in formal Arabic literature.

This exhibition unapologetically explores the contemporary Australian Muslim experience in the now, through a series of contemporary works across a number of mediums. From the daily media beat-ups, to outright racist leadership taunts directed at Muslims, this modern day Orientalism relentlessly depicts Islamo-fascist terrorists, creeping Shariah and the fantasy of infantilised Muslim women.